Our team comes from a variety of scientific, medical, and nonmedical backgrounds. We’ve come together to investigate how the kinds of disease-reversal which we and many forward-thinking physicians and patients have apparently seen might be reliably demonstrated through controlled clinical trials. We hold that the kind of medicine we advocate is a necessary adjustment to widely-practiced evidence-based medicine. We seek to correct four primary shortcomings of EBM: 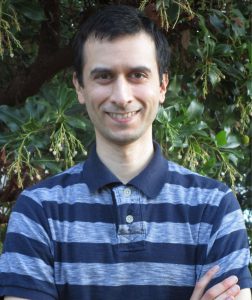 Out of conventional options and facing the prospect of death, David entered a world of unconventional medicine, especially the chronic Lyme and associated diseases community. For the first time in his life, his health stabilized and began to trend upward. After earning an MS in Industrial Engineering and Operations Research at UC Berkeley in 2009, he worked as a biopharmaceutical manufacturing consultant. His personal interests and experiences, desire to help others, and search for better health would lead him to transition into independently studying health and medicine fulltime. Serendipitously, David helped a "terminally" bedridden cancer patient achieve durable remission using natural medicine. He soon found himself being a sought-after health consultant. Over the coming years, he witnessed a number of outcomes that - according to conventional expectations - should not exist. He likewise realized there were many patients and physicians who had similar experiences reversing chronic disease through unconventional means. What were such individuals doing right, and how might it be systematized as to make such recoveries highly replicable? After all, many who had gone off the beaten path hadn't gotten well. David became fixated with trying to answer these questions and ultimately developed what appeared to be a working hypothesis. Gradually he came to envision bringing about a challenge to current conventional medical thinking by producing a series of multi-interventional clinical trials that operate under an ultra-environmental model of chronic disease and a novel form of decision analysis that it implies. To pursue this and other related journalistic and research projects, David founded EMR in spirit in 2016, and formally in 2019. He hopes to serve the critical mass of demand for this type of research. David lives in the San Francisco Bay Area.

We source expertise on an as-needed, per-project basis. Our regular panel is made up of integrative medicine clinicians.

Robert Jay Rowen, M.D., is a Phi Beta Kappa graduate of Johns Hopkins University and the University of California San Francisco School of Medicine, acquiring double board certifications (and recertifications) in Family Practice, and Emergency Medicine, and additionally in Clinical Metal Toxicology. Dr. Rowen pioneered the nation’s first statutory protection for alternative medicine in 1990, in the face of a hostile medical profession. Two years later, Alaska’s governor Hickel appointed him to a term on the Alaska State Medical Board against again contentious opposition of organized medicine. The appointment survived a legislative battle due to overwhelming public support.

He is internationally known for his clinical practice and teaching in oxidation medicine, especially ozone therapy, as well as all aspects of integrative medicine. He was the Oxidation Workshop chairman for ACAM, and teaches oxidation to interested professionals in hands-on sessions quarterly in his office. He was editor-in-chief of Second Opinion Newsletter from 2000 until August 2014.

In October 2014, he traveled to Sierra Leone to bring ozone therapy to the Ebola epidemic. His team has cured 5 of 5 people with Ebola, a 100% recovery rate, and published it in the African Journal of Infectious Diseases (DOI: 10.4314/ajid.v10i1.10). 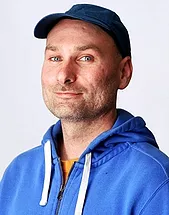 Jay Cabrera is a social entrepreneur who has launched social good projects for more than a decade in the San Francisco Bay Area and Santa Cruz. Jay provides legal, administrative, and fiscal sponsorship services to early-stage projects that positively impact their communities and build a better world. He is committed to serving the public interest on both committees and boards, and has experience running for City Council and Congress. Currently, Jay is the legal architect and designer of distributed legal infrastructures with the Economic Space Agency.

Melissa Vo has a record of success securing six-figure philanthropic support from individuals, corporations and foundations for social good. She started her career in New York City organizing humanitarian support for Tibetan refugees. Currently, she is responsible for achieving the philanthropic revenue goals for nonprofits organizations in Silicon Valley, San Francisco, Philadelphia and New York City through institutional fundraising and major gifts. Melissa earned a BA in World Literature and Cultural Studies from UC Santa Cruz and is a member of the Association of Fundraising Professionals Silicon Valley Chapter.

We are presently recruiting for an Assistant Editor and Moderator, a Manufacturing Manager, a Quality Control Manager, a Sales and Shipping Manager, an IT and Webmaster, and a Multimedia Producer. That aside, feel free to pitch us your suggestion for how you might contribute to EMR. Inquiries from the SF Bay Area are especially welcome.

Support Earth Med Research
Our work is possible because of your donations. Thank you.